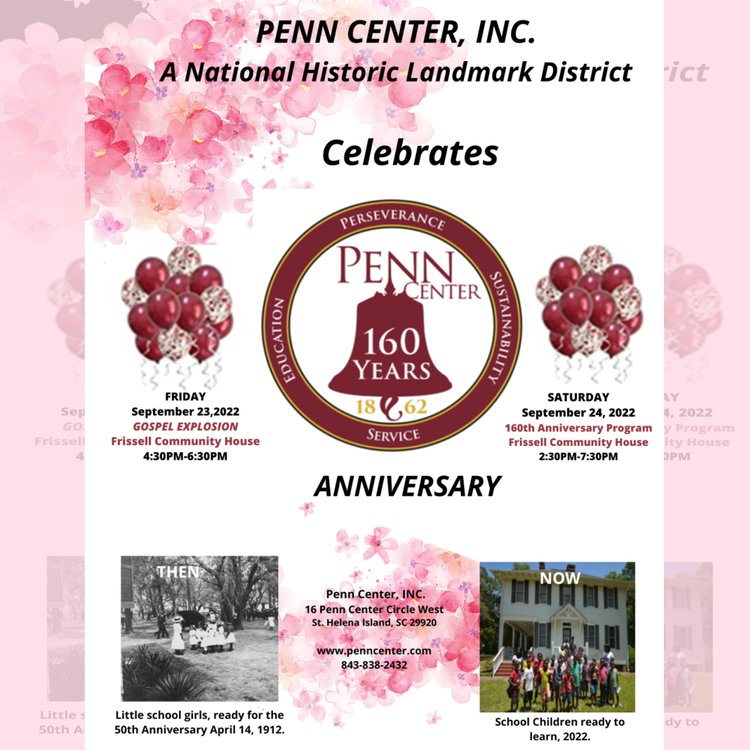 This historic landmark has played a vital role in the history and culture of African Americans throughout the years. From its early days as a school for freed slaves to its current status as a cultural center, Penn Center has been an important part of the community. In celebration of this momentous milestone, Penn Center hosted a series of events that will highlight the center’s rich history and culture.

The Penn School was established in 1862 by Laura Matilda Towne, an abolitionist missionary from Pittsburgh, Pennsylvania as a school for the freed slaves, which was named for William Penn. Penn School was one of the first schools in the country to offer a formal education to African Americans. During its early years, the school was staffed by a team of dedicated teachers who were committed to providing quality education for their students.

Along with performances by Beaufort County church choirs, other events included:

The book describes the Gullah people’s want “to catch up on learning” after Northern abolitionists founded Penn School in 1862 less than six months following South Carolina’s surrender to the Union Army. The Penn Center, according to this book was a place where escaped and liberated slaves could obtain formal nurtures schooling. Even though the Civil War raged on sometimes just miles away.

Teodorski is the superintendent of the Beaufort-based Reconstruction Era National Park.

Ron read from two of his most recent novellas, followed by a book signing. Daise is a St. Helena Island native.

For more information on the Penn Center, go HERE.