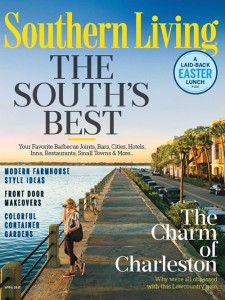 Each year Southern Living releases a whole set of lists boasting “The South’s Best,” which include a little bit of everything, from bookstores to breakfast spots and BBQ joints, not to mention beaches, islands and cities. In their 2017 accolades, Beaufort, South Carolina landed the number one spot and was named “The South’s Best Small Town!”

It stated that the city is more than a vacation spot or a photo op. She says “It’s literally and figuratively halfway between Charleston, South Carolina, and Savannah, Georgia. While not as grand as Charleston or as funky as Savannah, Beaufort feels homey, comfortable and in between.” King reminds readers that the pronunciation  of Beaufort is “BEW-fert” and not “BOW-fert,” like North Carolina’s counterpart.