The Penn Center, formerly the Penn School, is an African-American cultural and educational center on Saint Helena Island. 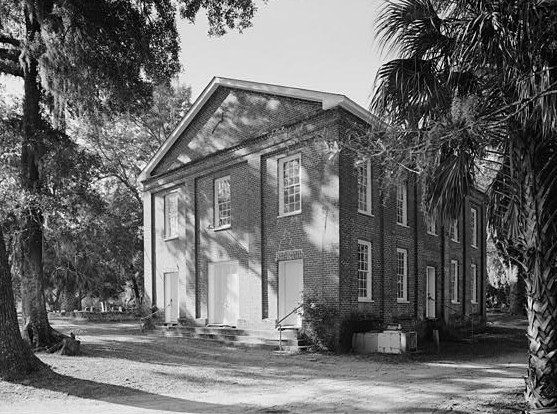 Founded in 1862 by Quaker and Unitarian missionaries from Pennsylvania, the Penn School was the first of its kind in the Southern United States. It specifically educated of African-Americans. It provided critical educational facilities to Gullah slaves freed after plantation owners fled the island. The Penn School continues to fulfill an educational mission.

The Penn Center is located about one mile south of Frogmore on Dr. Martin Luther King Jr. Boulevard.

Martin Luther King Jr. Boulevard divides the campus. It includes a number of historic buildings related to the original function as a school, including classrooms, living spaces for students, teachers, and administrators. The dates of construction of many of the buildings remains unknown, but are not architecturally significant. The oldest building on the campus is the 1855 Brick Church, built by the plantation owners of the island.

At the outbreak of the American Civil War in 1861, Union Army forces quickly captured Saint Helena Island. This prompted the local plantation owners to flee. The military administration of the island partitioned the old plantations, giving the land to the former slaves who lived there.

In 1862 by Laura Matilda Towne, an abolitionist missionary from Pittsburgh, established the Penn School.

The school taught freed slaves. It took its name from William Penn, Quaker champion for human liberty and founder of Pennsylvania. For many years Philadelphia Quaker abolitionists financed the work. Ellen Murray, a Quaker teacher, joined her in the work. Charlotte Forten, born into a wealthy free black family in Philadelphia, joined them as the school’s first black teacher.

It also became a museum, cultural center, and conference meeting space. A Park Service building easement and Darrah Hall, on the campus protects the Penn Center. Now, the Park Service holds the deed to the Center.