Its length is a whopping 1.7-miles long. Originally built as a two-lane drawbridge, growth pressures and safety concerns demanded that a larger and taller fixed-span bridge be built. The current four-lane wide structure. Completed in 2004, it connects northern and southern sections of Beaufort County. Portions of the previous bridge were purchased by Beaufort County and are now used as a fishing dock.

The Richard V. Woods Memorial Bridge, (known locally as the Woods Bridge) is a swing bridge. 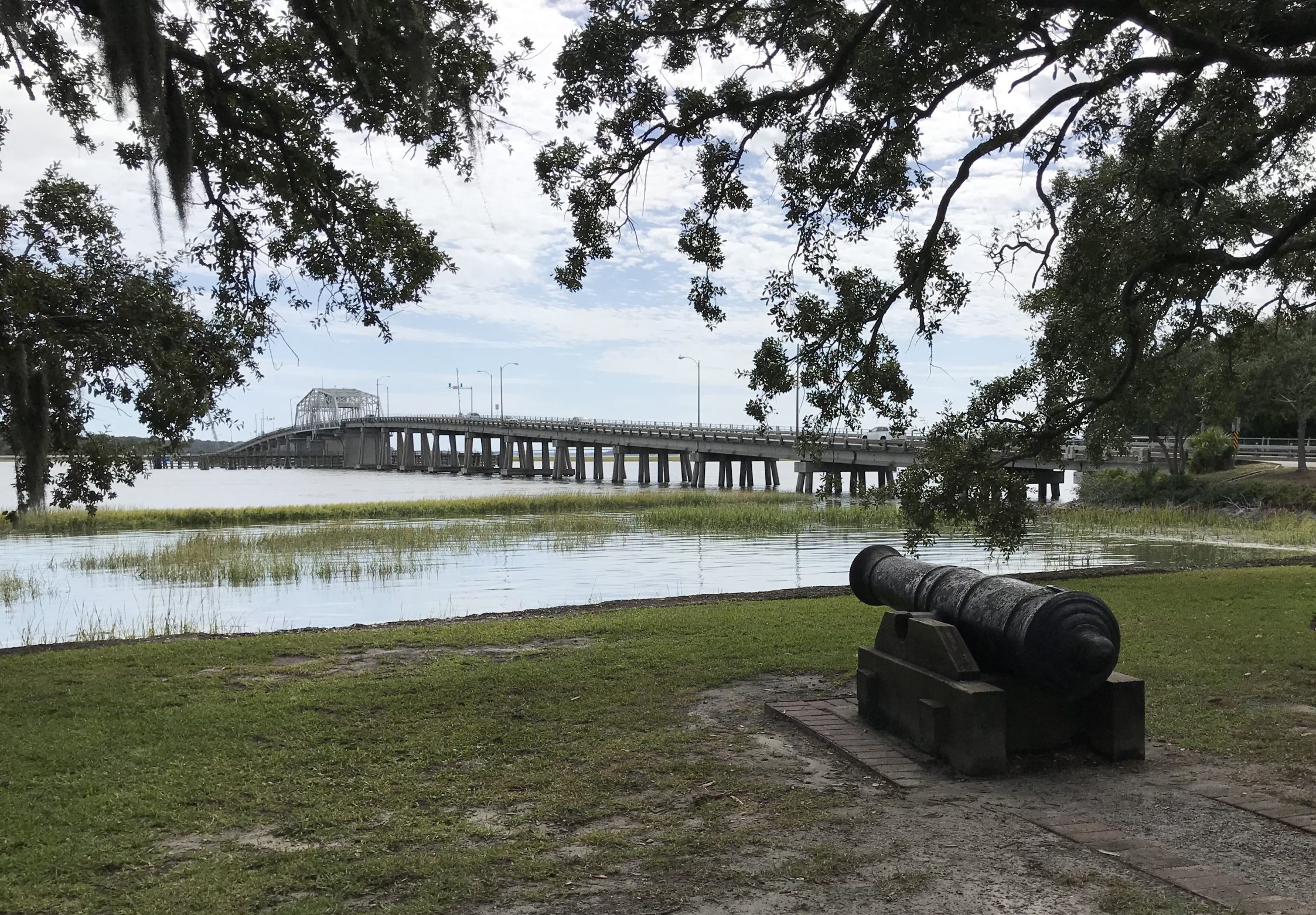 It connects downtown Beaufort with Lady’s Island and the outer Sea Islands. It carries U.S. Route 21 Business. The bridge is named in memory of Richard V. Woods (1935–1969). Woods was a South Carolina Highway Patrol officer, killed in the line of duty. The bridge opened on December 17, 1959 and replaced an earlier swing-bridge, built in 1927.

The bridge swings on its central axis to open for boat traffic which is too tall to clear the bridge, and has an operator’s station in the center of the span from which an attendant can operate the bridge. Due to the presence of the Intracoastal Waterway, the bridge must open frequently for boat traffic.

The bridge was featured in the film Forrest Gump (1994) as a stand-in for a bridge across the Mississippi River. In the film, television reporters interview Forrest Gump on the bridge, as he runs cross-country.

Built in the early 1980s, an identical second span was added to the Mcteer in 2011. The bridge and its amazing views are considered a scenic highway by the State of South Carolina

In April of 2022, the $77 million bridge over the Harbor River opened.

At 3,000 feet long and 65 feet high, it replaced a 82-year-old swing-span bridge. The swing-span was once was the only option for vehicular transportation from the mainland to the Islands.