Bald Eagles are thriving in the Lowcountry. 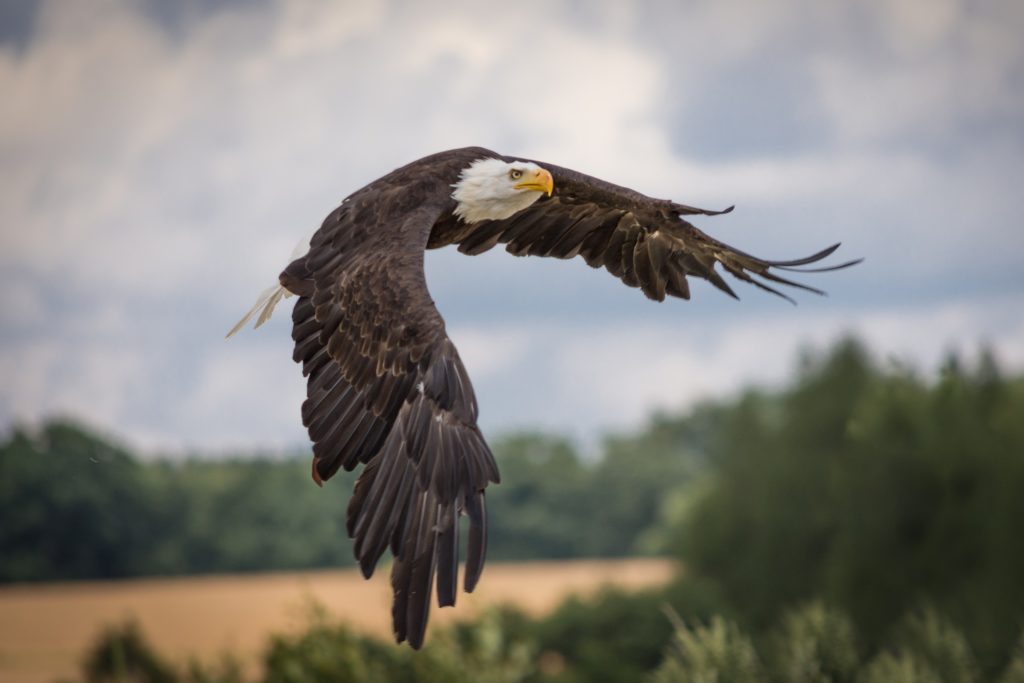 Bald Eagles begin returning to the Lowcountry in late August. They are our earliest nesters, re-establishing their pair bonds, engaging in courtship behaviors and cooperatively refurbishing their nest in late fall and early winter.

Typically, two eggs are laid in huge nests most often built in crags of dead (or minimally foliated) trees high above the ground. Both male and female bald eagles care for the precious eggs, carefully folding their talons under their feet to prevent piercing them.

Incubation generally continues for a month.

Bald Eagle chicks are nurtured by both parents and remain in the nest for another two more months or so. The stretching and flapping of the fledglings as they prepare to fly off on their own.

Baby bald eagles, by the way, are adult-sized when they leave the nest. And, with the additional down and somewhat longer tail (all the better for the first flying lessons!) they appear to be even bigger than the adults. The distinctive white head and white tail are adult plumage. Generally speaking, it will be several years before the juveniles acquire these signature feathers.