Search
HomeBlog ActivitiesIdentify a Crab in the Lowcountry

They float in tidal currents until they are large enough to start their varied life on land and in the water. The smallest adult species of crab is less than a centimeter across and very difficult to spot because of its unique lifestyle. That is the oyster crab, which lives most of its life within the shell of oysters or other bivalves. Oysters pull water into their shells and through their bodies, filtering out food particles.

The oyster crabs unique relationship with the oyster allows it to get in on this feeding technique and consume some of the food the oyster intends for itself. Although you can occasionally see oyster crabs scuttling along oyster beds or hanging on pieces of marsh grass, they are most commonly spotted at Lowcountry oyster roasts. 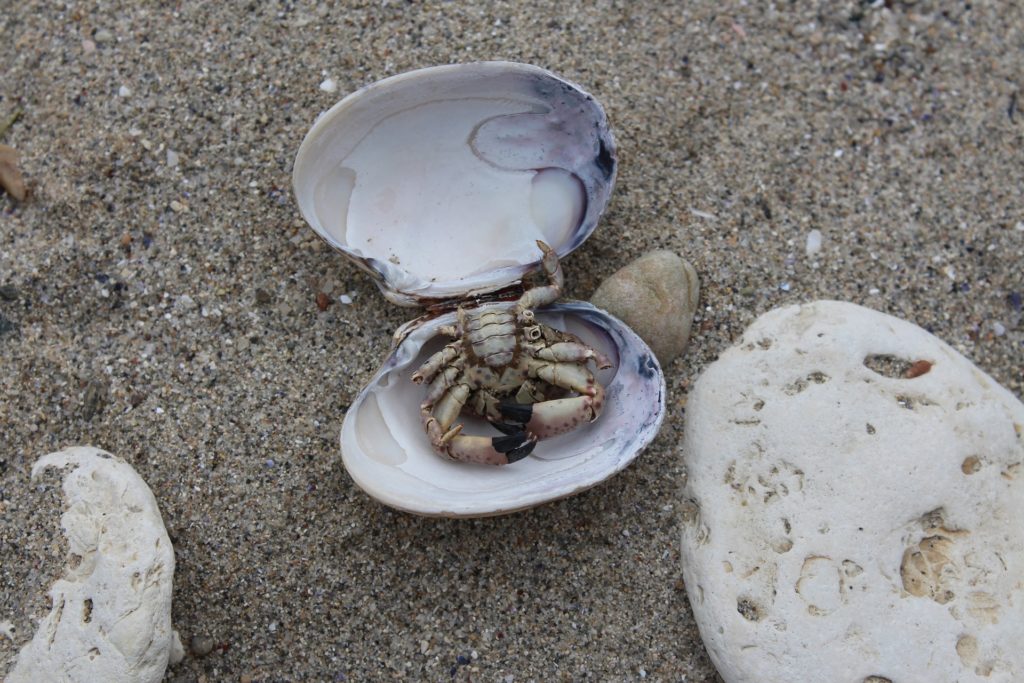 A slightly larger cousin of the oyster crab is the squareback marsh.

It grows to roughly two centimeters. It is characterized by its dark brown appearance and rectangular shell. This species of crab is everywhere. You can find them hanging out with their similar sized friends, the fiddler crabs, in marshes, on docks and wharfs, at the beach and in the woods. Some highly mobile members of the species have been found as far as 100 miles inland. The reason they have such a wide range of habitats is that they are true omnivores; they will eat anything from small fiddler crabs, insects, snails, fresh marsh grass, decaying leaves, fungi and plankton.

The largest species to be found in the Lowcountry is not actually a crab at all.

The horseshoe crab is in fact most closely related to trilobites that existed 544 million years ago, and is in a class of species that includes insects and spiders. Like many species of “real crabs,” horseshoe crabs eat a varied diet of clams, oysters and other animals. But, these living fossils have no teeth! Instead they use their strong legs to mush up their prey before passing it to the mouth. Like birds, horseshoe crabs have gizzards, which filter out all the hard, indigestible parts before entering the stomach.

There are many other types of crabs to be seen in the Lowcountry. These include the fiddler crab, blue crab, stone crab, spider crab and hermit crab. Each has its own set of interesting behaviors and adaptations. Get outside on a tour of our local natural places and see some of them for yourself!