Oysters have been a favorite staple for islanders for centuries. 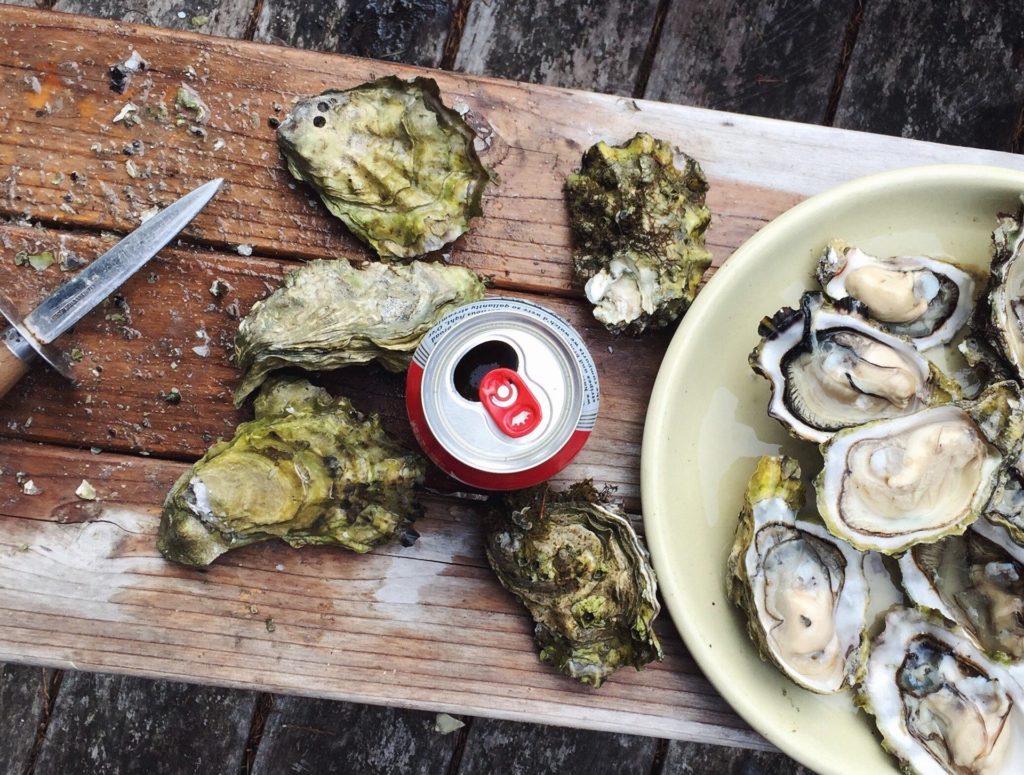 Early Native American harvested oysters, subsisting on the plentiful bivalve populations in Lowcountry waters. At low tide, they rise from tidal saltmarsh creeks throughout the area. In fact, Hilton Head, Bluffton and Beaufort’s waters have traditionally been considered some of the richest oystering areas along the Atlantic coast, with a number of oyster canning factories once operating throughout the region.

One of the most traditional ways to eat this delicacy in Beaufort is to steam several bushels in a communal oyster roast. First, rinse the oysters well to remove any excess dirt or mud. Then, build a fire under a thin sheet of metal or wire mesh. Dump them over the sheet or mesh and cover them with a wet burlap bag, soaked well with water or even beer. The wet burlap steams the oysters until they pop open, which indicates they are ready to savor.

Shucked them when they are with an oyster knife.

Dip into drawn butter or cocktail sauce or simply enjoyed au natural. The briny flavor offers a delicious taste of the Lowcountry – plus, they are loaded with nutrients. One of the most nutritionally well-balanced foods, oysters contain loads of vitamins. These include protein, carbohydrates and lipids. They also provide Vitamin A, thiamin, riboflavin, niacin, Vitamin C and Vitamin D.