The citizens of Beaufort County welcomed a new addition to their town August 19th, when a Mexican eagle landed in a park near the waterfront.

The rare bird made an appearance on the Sea Island, Harbor Island. It prompted serious collectors from near and far to come see this magnificent creature up close. Two visitors from Florida spotted the eagle and reported it to eBird, the Cornell Lab of Ornithology’s database of bird sightings. 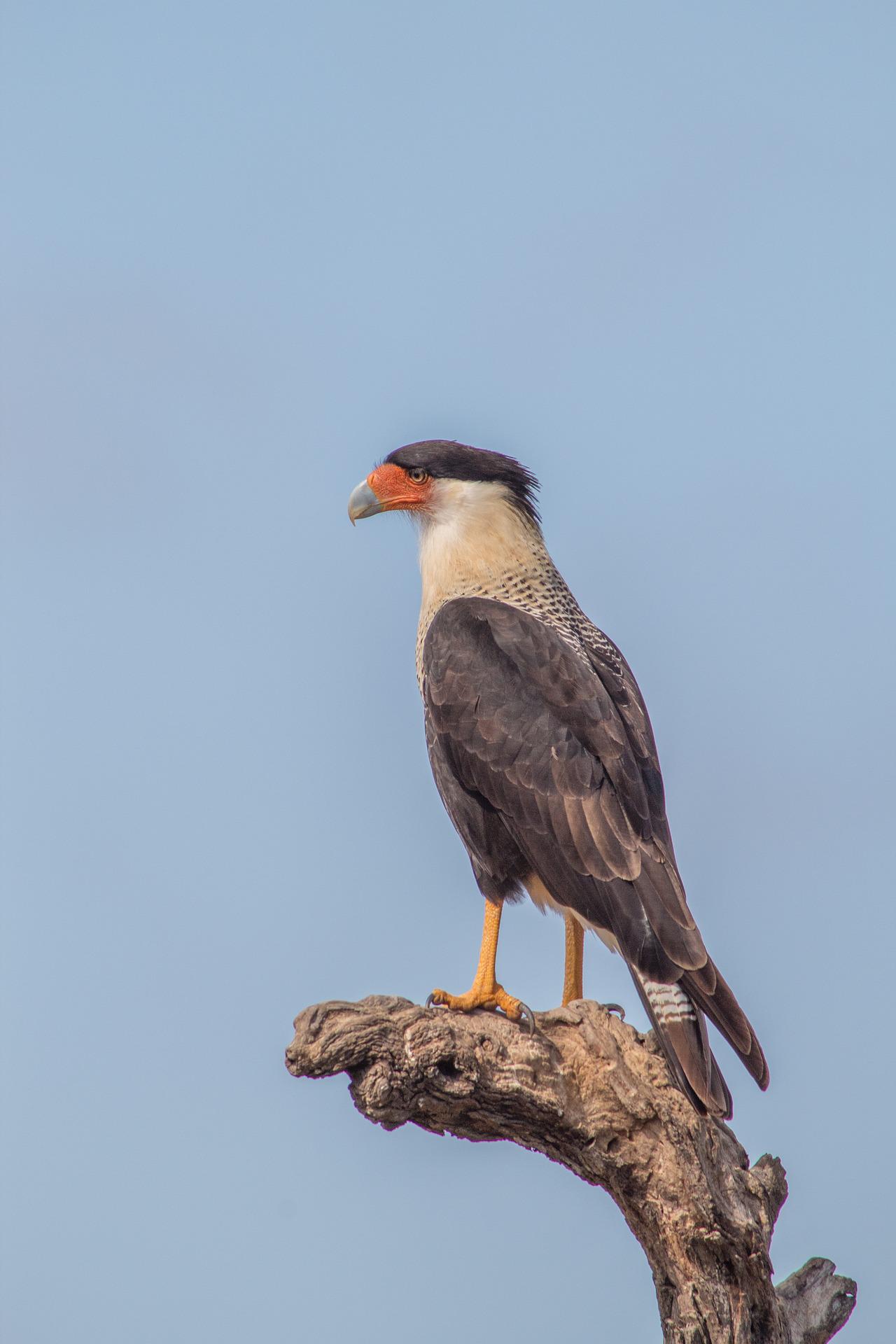 The Mexican Eagle or Crested Caracara is a falcon with long legs and distinctive colors that’s native to Central and South America. The Crested Caracara has a sharp beak and formidable talons like those of the Hawk. However, it behaves more like a vulture. Mexican Eagles are rare in South Carolina, but they can sometimes be seen traveling through extreme southern Florida and Texas.

The sighting whipped bird lovers into a frenzy and ruffled the feathers of one Jenn Clementoni.

After hearing that a Mexican eagle was in the area, she took it upon herself to sit along the Sea Island Parkway and look out for the bird. Her patience paid off. After a couple of hours, she spotted the eagle on a telephone pole. Later, she saw it fly over her house. Then she witnessed the eagle for a third time, as it landed on a Sea Island Parkway pole again.

It has been seven years since a Mexican eagle has been seen in South Carolina.

They are not known to migrate through the state. It is uncertain as to why this one showed up in our area.

Residents were excited to see such a rare and beautiful bird, and they are hopeful that it will return soon. In the meantime, they are enjoying the novelty of having a Mexican eagle in their midst.