Parris Island was first colonized by Europeans in 1562, when members of a French expedition led by Jean Ribaut temporarily settled on the island. This was the first semi-permanent European settlement in what are now considered the United States. Four years later, a town named Santa Elena was founded here by Spanish Conquistador Pedro Menéndez de Avilés. It was the capital of La Florida from 1566 to 1587, during which time Spanish explorers sailed from Santa Elena to explore the Tennessee Valley and Chesapeake Bay. An expedition also traveled overland into the interior to western North Carolina and points west.

After coming under English control, the island was granted to Robert Daniell in 1706. It became known as Port Royal Island. It later came into the hands of Colonel Alexander Parris, sometimes spelled “Paris”, Public Treasurer of South Carolina. After his death in 1736, it gradually became known as Parris Island (and the name Port Royal Island was applied to a different one to the north). In the early years of the Marine Corps presence it was referred to as Paris Island.

Parris Island was captured by the Union Army in 1861 during the American Civil War.

It became a coaling station during the war. After the war, through the efforts of African-American Congressman Robert Smalls, it continued as a coaling station for the United States Navy and became known as the Port Royal Naval Station. The island was purchased outright in 1883. In the early 1890s, a dry dock was constructed at the naval station. The dry dock was completed in 1895.

In 1915, Parris Island became the Marine Corps Recruit Depot, which it has remained ever since. About 16,000 Marines pass through boot camp every year. 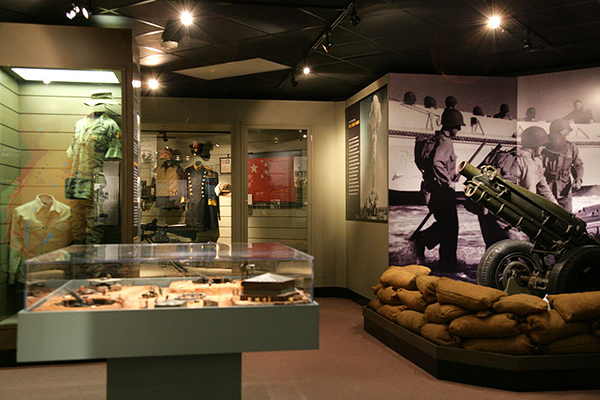 The Charlesfort-Santa Elena Site and Parris Island Drydock and Commanding Generals House are listed on the National Register of Historic Places.