On August 22, 1912, he wrote to U.S. Senator Knute Nelson, “I never lose sight of the fact that had it not been for the Republican Party, I never would have been an office-holder of any kind—from 1862 to the present.” In words that became famous, he described his party as “the party of Lincoln…which unshackled the necks of four million human beings.” He wrote this line on September 12, 1912, in a letter expressing his anxiety over the looming presidential election.

He concluded that letter, “I ask that every colored man in the North who has a vote to cast would cast that vote for the regular Republican Party and thus bury the Democratic Party so deep that there will not be seen even a bubble coming from the spot where the burial took place.”

In 1868, Smalls became a representative in the South Carolina House. He was very effective, and introduced the Homestead Act and introduced and worked to pass the Civil Rights bill. He continued in the Senate, winning the 1872 election against W. J. Whipper. He was on the Finance Committee and chairman of the Public Printing Committee.

Smalls was a delegate to the National Republican Convention in 1872, 1876, 1884 and then continuously to all conventions until 1896. The South Carolina Republican Party elected vice-president at their 1872 state convention.

In 1873, he was appointed lieutenant-colonel of the Third Regiment, South Carolina State Militia.

Smalls election to the United States House of Representatives, led him to served two terms from 1875 to 1879. From 1882 to 1883, he represented South Carolina’s 5th congressional district in the House. The state legislature gerrymandered district boundaries, thereby including Beaufort and other heavily black coastal areas in South Carolina’s 7th congressional district, and providing other nearby districts substantial white majorities. Smalls served in the House’s 7th district from 1884 to 1887. He was a member of the 44th, 45th, 47th, 48th, and 49th U.S. Congresses.

In 1875, he opposed the transfer of troops out of the South, fearing the effect of such a move on the safety of blacks in the South. During consideration of a bill to reduce and restructure the United States Army, Smalls introduced an amendment, attempting to abolish race segregation in the Army.

However, Congress ignored the amendment. He was the second-longest serving African-American member of Congress (behind his contemporary Joseph Rainey) until the mid-20th century.

After the Compromise of 1877, the U.S. government withdrew its remaining forces from South Carolina and other Southern states.

Conservative Southern Bourbon Democrats, who called themselves the Redeemers, had resorted to violence and election fraud to regain control of the state legislature. As part of wide-ranging white efforts to reduce African-American political power, Smalls was charged and convicted of taking a bribe five years earlier in connection with the awarding of a printing contract. He was pardoned as part of an agreement by which charges were also dropped against Democrats accused of election fraud.

The scandal took a political toll, and Democrat George D. Tillman defeated him in 1878, and again, narrowly, in 1880. He successfully contested the 1880 result and regained the seat in 1882. In 1884, he was elected to fill a seat in a different district. He was nominated for Senate but defeated by Wade Hampton in December 1884. During this period in Congress he supported racial integration legislation, supported a pension for the widow of his former Major General, David Hunter, and advised South Carolina blacks to refrain from emigrating to the North and Midwest or to Liberia.

In 1890, President Benjamin Harrison appointed him as collector of the Port of Beaufort.

He held until 1913 except during Democrat Grover Cleveland’s second term. Smalls was active into the twentieth century. He was “the leading colored delegate” to the 1895 South Carolina constitutional convention.

Together with five other black politicians, he strongly opposed the dominant Democratic white delegates. Seeking to publicize this blatantly discriminatory exercise of raw, racist power, they wrote an article for the New York World. Outnumbered as they were, their valiant opposition came to naught. The new constitution passed, and similar state across the South followed. For many decades, these documents survived legal challenges that reached the US Supreme Court. They resulted in both the exclusion of African Americans from political participation and the crippling of the Republican Party throughout the region.

In the late 1890s, he began to suffer from diabetes. He turned down an offer of a colonelcy of a black regiment in the Spanish–American War. Smalls also turned down an appointment to the position of minister to Liberia.

Though Smalls held no official role in politics on the local level, he had some influence. In 1913, in one of his final actions as community leader, he played an important role in stopping a lynch mob from killing two black suspects in the murder of a white man. He pressured the mayor and sheriff stopped the mob.

Small’s wartime fame and his fluency with the Gullah dialect gave him an avenue for political advancement. 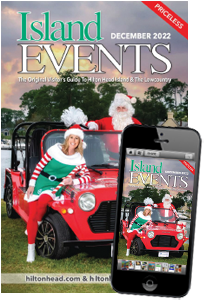