The South Carolina Department of Natural Resources (SCDNR) has a lot to brag about when it comes to gains made in the protection of our state’s coastal bird populations during 2020.

For starters, SCDNR’s Coastal Bird Conservation Project Leader, Felicia Sanders, was named Biologist of the Year by the Southeastern Association of Fish and Wildlife Agencies this past fall. Under Sanders’ leadership, South Carolina’s fledgling Coastal Bird Conservation Program [sccoastalbirds.org] has soared, no pun intended. In another major step, the program funded a position for a Shorebird Steward in 2020 to further conservation efforts.

The Steward patrolled the beaches of Cape Romain — a key location for nesting birds north of Charleston — on weekends and holidays during the 2020 nesting season.

They interacted with beachgoers, and educating them about the presence of the birds and of the need to tread carefully to protect nesting seabirds and shorebirds. Shorebird Steward Jennifer Cahill also aided in installing closure signs and posts so that when the Steward wasn’t present, people could still be informed. The scope of this project recently expanded to include wintering shorebirds such as piping plovers and red knots. Another win for coastal birds in 2020 involved hiring an additional Shorebird Steward and Outreach Coordinator. This position will help further educate people about South Carolina’s coastal birds and connect people with projects that can make a difference in their protection.

Another important milestone was reached almost exactly one year ago.

On February 6th, 2020, the U.S. Army Corps of Engineers, Charleston District exercised an option on their dredging construction contract for the Charleston Harbor Post 45 Deepening Project to place approximately 660,000 cubic yards of sediment within the historic footprint of the SCDNR-managed Crab Bank Seabird Sanctuary. Dredged material with a high sand content will be used to restore up to 80 acres of Crab Bank, approximately 28 acres of which will be prime nesting habitat above mean high water for coastal birds, creating a big win for the natural resources of South Carolina and the nation.

“Although 2020 has had its challenges, the increased appreciation of our shorebirds and the diversity among the groups involved in our fund-raising campaign give us hope that conservation of our coastal birds is achievable and a priority for the Lowcountry,” said Sanders. “SCDNR looks forward to a time when a successfully-restored Crab Bank will again allow the island to support nesting habitat for pelicans, terns and skimmers for many decades to come.”

SCDNR strives to protect, conserve, and restore habitats where and when it can.

Shorebirds are some of the world’s most amazing migratory species. Many species nest in the arctic and sub-arctic zones of the globe and spend the winter in the Southern Hemisphere. During their travels, they stop in large groups to rest and fuel themselves to sustain their migration. South Carolina provides both stop-over sites for flocks of thousands of these migrating birds. It also provides wintering grounds for birds that do not travel as far south.

For example, South Carolina hosts the largest flock of red knots on the east coast. In recent years, up to 8,000 of these federally listed shorebirds passed through on their migration. South Carolina is also the most important wintering site for American oystercatchers. Half of the Atlantic population of this species visiting in the colder months.

Seabirds, such as pelicans, terns, skimmers, and gulls gather in large groups to nest together in colonies during the breeding season. South Carolina has approximately 38 percent of all brown pelicans nesting on the Atlantic Coast, and some of the largest colonies of skimmers and terns in the Southeast.

But despite the efforts underway to protect them, coastal birds still face multiple challenges.

These include habitat loss and degradation, human disturbance, and increased predation. Of the 65 species, collectively known as waterbirds, that utilize South Carolina’s coastal habitats throughout the year. 47 are listed in the SC State Wildlife Action Plan as species of highest or high conservation concern. Three are federally listed and five are state listed.

Shorebirds are of highest conservation concern due to small and highly threatened global populations. Shorebird populations alone have shrunk by 70 percent across North America since 1973 (Scientific American 2017). The coast of South Carolina is also the most rapidly developing area of the state. Much of this is occurring along shorelines. This may decrease abundance and distribution of coastal waterbirds throughout their life cycle. In addition, increased recreational use further limits available nesting and roosting habitat.

The opportunity arose to partner with the U.S. Army Corps of Engineers and restore the former seabird sanctuary Crab Bank in Charleston Harbor as part of the Post-45 Charleston Harbor Deepening project, SCDNR jumped at this once-in-a-lifetime chance.

Support from Audubon South Carolina, the S.C. Coastal Conservation League and the Coastal Expeditions Foundation enabled SCDNR to secure the necessary cost-share funds for the project.

Conservation of birds that fly across the hemisphere can only be achieved through cooperative, far-reaching plans and efforts. Each location along a flyway is a critical link in the chain of sites birds use on their annual migrations. South Carolina voiced its commitment to preservation of local bird habitat. Small businesses, large corporations, students, individual citizens, nonprofits and government agencies raised funds for the restoration of Crab Bank. This continues the work on coastal bird conservation for years to come via the S.C Coastal Bird Conservation program (SCCBC). The program’s goals include educating the public, protecting and enhancing habitat, and research.

To learn more about how you can help coastal birds and support the work of the SCCBC, visit www.sccoastalbirds.org. 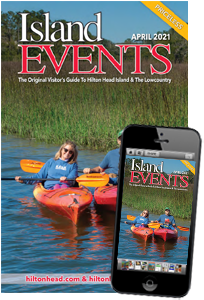