The show followed leaders of the South Carolina and Georgia Gullah Geechee community as they experienced a homecoming in Sierra Leone.

While touring the country, members of the group noted powerful connections between Sierra Leone and the Gullah Geechee people. For example, in one village, Nakia Wigfall, director of the Sweetgrass Cultural Arts Preservation Society, sewed a sweetgrass basket with a local basket maker.

It educated viewers about Gullah heritage, including spiritual, musical and artistic traditions. Gullah Roots is a sequel to SCETV’s 1990 documentary Family Across the Sea. Betsy Newman and Xavier Blake produced this project. And Newman directed, wrote and edited the piece. The film aims to raise awareness about the Gullah Geechee community and its ties to West Africa. It also examines the challenges many in that community face today and the progress they have made since the first homecoming to Sierra Leone 30 years ago.

Beuafort.com would like to thank South Carolina ETV for this article. 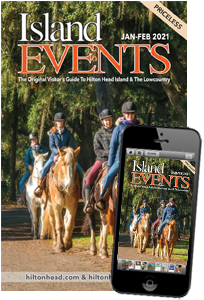