First-time visitors to Beaufort get quite a surprise when they encounter our nearshore waterways. 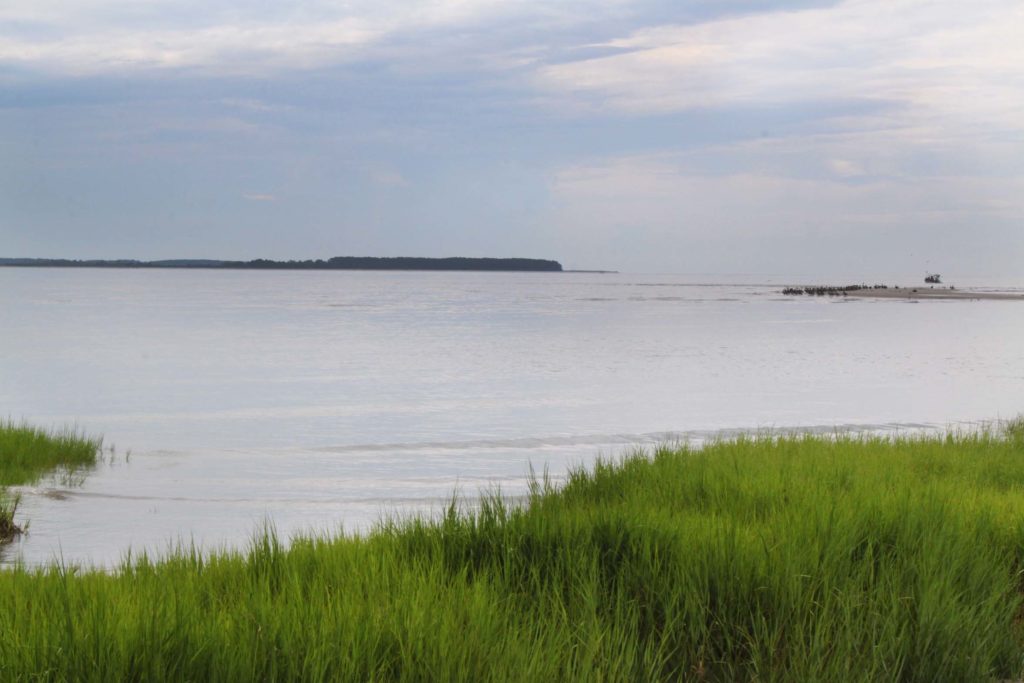 Unlike most coastal areas, there is no crisp divide between land and water on St. Simons Island. Instead, our creeks and rivers are flanked by miles of tidal salt marsh. In fact, the states of Georgia and South Carolina are home to more area of salt marsh than the rest of the United States combined!

Life in the salt marsh is constantly changing, depending on the tide.

All of the plants and animals that live there are uniquely adapted to take advantage of the rising and falling waters. The tide is caused by the gravitational force of the moon. It is a complex series of factors that produces, on most days, two high and two low tides per day. The tide cycle, from low to high, is about six hours and fifteen minutes. As a result, the highs and lows are approximately an hour later each day. In our area, the difference between high and low tide is anywhere from 6 to 12 feet, depending on the moon phase.

The most important species in the salt marsh is the bright green grass that outlines the edges of waterways.

This is Spartina grass, and it forms an intricate web of spaces that trap sediment and provide homes and shelters for other living things.

The geological history of the Lowcountry has made it so that we have no naturally occurring rocks. Loose sediment comes in off of the ocean or down from the mountains, and it is the job of Spartina to hold on to it and, in turn, build new land and prevent existing land from washing out to sea.

One of the animals that is heavily dependent on the Spartina grass is the American oyster. These bivalves anchor themselves to the thick crochet of Spartina roots, and there they spend their entire lives. While all oysters on the East Coast of the United States are the same species, those in the Lowcountry are uniquely adapted to our tidal environment. At high tide they are underwater, constantly feeding by filtering nutrients out of the water. As the tide recedes, they are exposed to the air, and often extreme temperatures. Their soft bodies survive being out of the water by tightly closing their shell.

Oysters don’t swim, or bite, but their razor sharp shells make them the most dangerous animal in our waters.

For some smaller animals, the nooks and crannies between the oysters offer great protection from the multitude of predators hunting them. The Spartina grass also provides these safe spaces. The salt marsh is the preferred spot for juvenile fish and shellfish to start their lives. In fact, about 94 percent of the fish that we enjoy locally started their lives in the salt marsh.

The scenery of the salt marsh is always changing. At high tide, the tops of the grass and the water are all you see. At low tide, oysters, crabs, mud, Spartina roots and fishing birds come to life. Get up close and experience it for yourself on a boat, kayak or paddleboard tour!