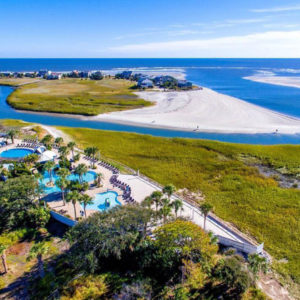 Fripp is a 6.546 square mile barrier island located along the Atlantic coast of the Lowcountry part of South Carolina. It is approximately 21 miles from Beaufort, 96 miles south of Charleston, and 65 miles north of Savannah, Georgia. Some of the neighboring islands include Hunting Island, Harbor Island, Saint Helena Island, and Lady’s Island. The island mostly serves as a residential vacation resort, but several hundred residents make it their permanent home. It is also the most seaward of the South Carolina Sea Islands and boasts resort amenities and natural conservation. (From Wikipedia, the free encyclopedia.)

Habersham is ideally located on the water just minutes from historic Beaufort, South Carolina and within an hour’s drive of Hilton Head Island and Charleston, South Carolina as well as Savannah, Georgia. Now entering its third decade since the original design of the town plan, Habersham continues to engage national design talent in implementing its vision. Habersham’s design reflects the relaxing pace of life in the Lowcountry. Woodland and waterfont parks, nature trails, Main Street Marketplace, boating, fishing, swimming and more all await you here in Habersham. 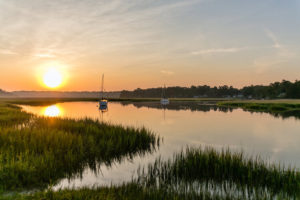 Lady’s Island is a predominantly residential Sea Island located in Beaufort County, SC, located 4 miles Across the Harbor River of Downtown Beaufort. Small portions of the island are within the City of Beaufort, while the majority of the island remains unincorporated. The island was predominantly rural and agricultural in character for much of its history. In the 1920s the first bridge connected downtown Beaufort with Lady’s Island.

As development of Beaufort and surrounding areas began in the last half of the 20th century, the island began to develop former plantation and timber tracts into residential subdivisions. A second bridge connected Lady’s Island with Port Royal in the 1980s. Commercial development clustered at the intersection of S.C. Highway 802 and U.S. Highway 21 serves Lady’s Island, Beaufort, and the surrounding Sea Islands of northern Beaufort County. The island is also the location of the Beaufort County Airport. (From Wikipedia, the free encyclopedia.) 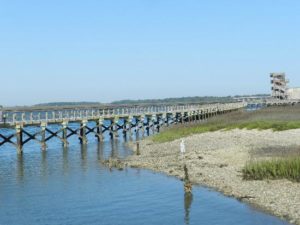 Port Royal is a town on Port Royal Island in Beaufort County, SC, located 6 miles South of Downtown Beaufort. Largely because of annexation of surrounding areas (including Parris Island), the population of Port Royal rose from 3,950 in 2000 to 10,678 in 2010, a 170% increase. Port Royal is home to Marine Corps Recruit Depot Parris Island and Naval Hospital Beaufort. (From Wikipedia, the free encyclopedia.)

St. Helena Island is a Sea Island in Beaufort County, SC, located 10 miles Southeast of Downtown Beaufort, connected to Beaufort by U.S. Highway 21. The island has a land area of about 64 square miles and a population of 8,763 as of the 2010 census. It is included as part of the Hilton Head Island-Beaufort Micropolitan Area. The island is renowned for its rural Lowcountry character and being a major center of African-American Gullah culture and language. It influenced the children’s television program Gullah Gullah Island. (From Wikipedia, the free encyclopedia.) 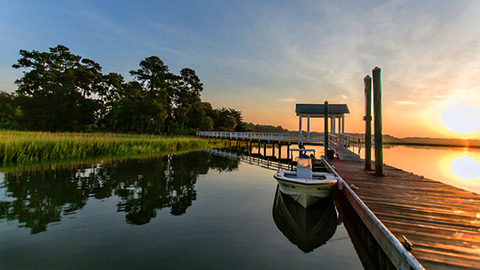 WELCOME HOME TO HABERSHAM, SC! Habersham is ideally located on the water just minutes from historic Beaufort, South Carolina and within an hour’s drive of Hilton Head Island and Charleston, South Carolina as well as Savannah, Georgia. Habersham’s design reflects the relaxing pace of life in the Lowcountry. Woodland and waterfont parks, nature trails, Main Street Marketplace, boating, fishing, swimming and more all await you here in Habersham. 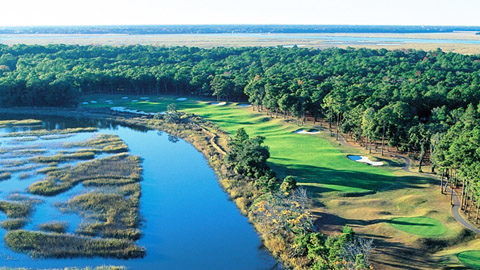 East of the historic waterfront town of Beaufort, South Carolina! In the heart of the sea islands, the private residential community of Dataw Island offers superlative golf and tennis, a full service marina, excellent club facilities and gracious homes including golf course, marsh front, and water front homes, all in the Lowcountry.