Marshlands, also known as the James Robert Verdier House, is a historic house at 501 Pinckney Street, in the Old Point community of Beaufort. 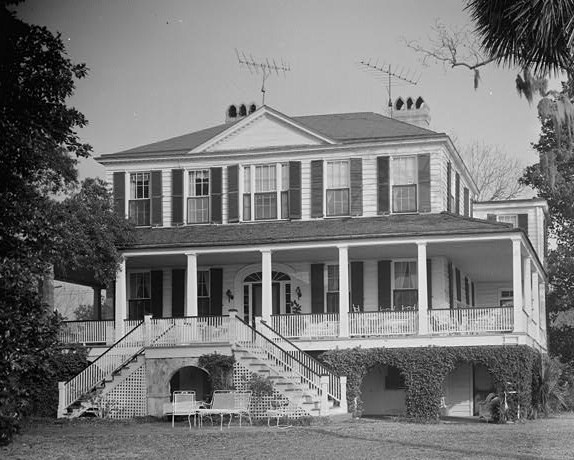 Built about 1814, it is a high quality and well-preserved example of early Beaufort architecture. It showcases both Adamesque and West Indian stylistic influences. It is also notable as a home of Dr. James Robert Verdier, who discovered a treatment for yellow fever. Its architectural significance made it a National Historic Landmark in 1973.

Marshlands is located in Beaufort’s historic downtown, on a parcel east of the junction of Pinckney and Federal Streets, overlooking the Beaufort River. It is a two-story wood frame structure, set on a tall foundation of pink tabby cement with an arcade of arches. It is topped by a hip roof and its exterior is sheathed in wooden clapboards. A single-story porch extends around three sides of the house, supported by square columns. Sidelight windows and topped by a fanlight frame the main entrance. The interior retains high quality original Adamesque woodwork.

The house is a distinctive blend of Adam style elements with those from the West Indies, the latter including the arcaded basement and the single-story porch (when typical Beaufort houses have two-story porches). Dr. Verdier discovered early treatments for yellow fever. His house served as the headquarters for the United States Sanitary Commission during the American Civil War. The house is private, and closed to the public.